At LRGS we aim to foster a genuine interest in Mathematics as an academic discipline in its own right and as a tool for communication and problem-solving in a wide variety of other areas. 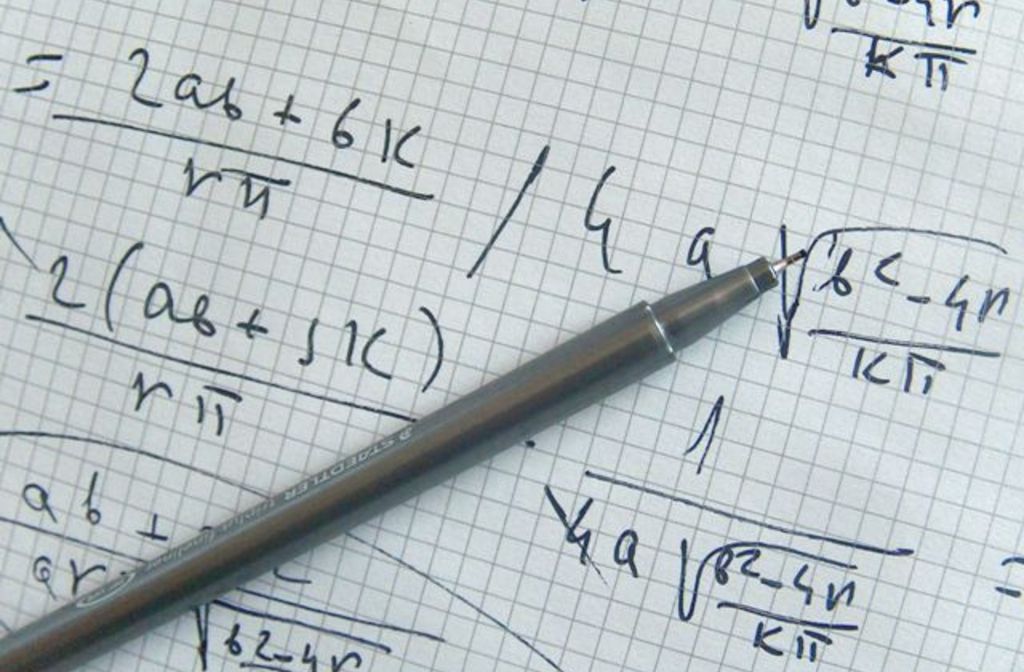 The Mathematics Department occupies the Timberlake Building and the ground floor of the International Building. The majority of mathematics lessons are taught in the eight classrooms in these two buildings. The classrooms are equipped with networked computers and overhead LCD projectors. Most rooms also have interactive whiteboards.

All pupils study Mathematics up to GCSE and then around 110 take the subject at A-level, plus about 25 who study Further Mathematics A-level as well. The Department has been highly successful and many boys go on to study the subject or a mathematically rich subject at University, with a number gaining Oxbridge places recently.

Mathematics thrives at LRGS with a large number of pupils entered for the national Mathematics competitions run by the UK Mathematics Trust at Junior, Intermediate and Senior levels, usually leading to several qualifying for the subsequent Kangaroo and Olympiad rounds. There are maths teams in Year 8 and 9 and Sixth Form which compete in both local and national competitions. Our Year 9 and Sixth Form teams have both represented the school at the National Finals of the UKMT team maths challenge in recent years. Our most able pupils are also invited to join a mentoring scheme to enhance their opportunities to study mathematics.

Mr Mellon is the Head of Department and graduated from Edinburgh University with a BSc (Hons) before completing his PGCE in Mathematics at Moray House in Edinburgh. He is a teacher-governor and also an evening duty tutor in Ashton House.  He is a senior examiner in Mechanics for Edexcel and his spare time is usually spent running around mountains.

Mr Burns is an old boy of the school and a graduate of Salford University. As well as teaching Maths, Mr Burns is a keen sportsman and is involved in coaching junior rugby and cricket teams. In his youth he trained in martial arts and had the honour of competing for Great Britain in one tournament as well as representing Cambridge University during his PGCE year.

Mr Chambers is a Deputy Head at the school. He helps out with rugby and manages the 2nd XI senior cricket team. He enjoys stretching the Oxbridge mathematicians whenever he can. Outside of school he is a keen sportsman.

Mrs Introna is Second in Department and graduated from the University of Pretoria, South Africa with a BEd (Mathematics) in 1986. She completed her PGCE at St Martin’s College, Lancaster in 2001 and joined the school in September 2002.  She loves the great outdoors and enjoys therefore getting involved in activities like the Orienteering Club and the yearly trip to Glenridding.

Mr Millat BSc (Hons) University of Bristol, Biochemistry,  MA University of Cumbria . He is Housemaster in School House and teaches both Biology and Mathematics at LRGS.

Mrs Whittle studied Mathematics and Physics at Lycée Hoche in Versailles and graduated from an École d'ingénieur in Grenoble, France. She worked as an IT consultant in Paris before moving to England and completing her PGCE in Canterbury in 2001.  As well as teaching Mathematics, she has also taught French and Physics. She loves the mountains and is a keen skier.

Mr Viney is an old boy of the school who studied Mathematics with Computer Science at the University of Bristol and did his PGCE at St Martin's College, Lancaster. He is Housemaster in Storey House and coaches athletics and the U16 rugby team, as well as being the A-level Exam Officer.

Mr Woodruff graduated from the University of Sheffield in 2001 with a BSc (Hons) in Mathematics before completing a PGCE in Mathematics from Edge Hill University. He is a keen runner and cyclist who enjoys family walks with the dog.

Mr Adamson joined LRGS in 2020, he graduated with a BA from Cambridge University in 2006, and went on to study for a Masters in Composition at the Royal Northern College of Music before teaching violin and viola. In 2015, he completed a PGCE in mathematics at the University of Cumbria, as well as a month in India for his yoga teaching qualification. In his spare time, he enjoys conducting orchestras and writing.

In the Lower School boys are taught in forms. The initial focus in our mathematics teaching is in developing fluency and mastery in the fundamentals of mathematics. This is achieved through our 'Build-a-Mathematician' (BAM) programme of tasks and formative assessments. We believe that progress should be based on a solid foundation of fundamental skills.  In line with the recommendations from the National Curriculum our expectation is that the majority of pupils will move through the programmes of study at broadly the same pace. Pupils who grasp concepts rapidly are also challenged through being offered rich problems to tackle. The aim is to deepen understanding before any acceleration through new content. In line with the objectives of the new National Curriculum we progress from fluency, to mathematical reasoning, and finally to mathematical problem solving. Progress is established through ongoing formative and summative assessments.

Formative assessments: The BAM tasks are intended to consolidate intended learning, support deliberate practice sessions and can be used as homework tasks or done by a group in lessons. The questions have been designed to assess fluency, reasoning, problem solving and a student's ability to apply their understanding.

Summative assessments: The Progress Tests are kept in the back of the BAM booklet and gives an indication about attainment under timed test conditions.

The Zeta Club operates during lunchtimes for part of the year to help pupils develop their problem solving skills in particular to prepare them for the UKMT Challenges and Olympiads.

We like to make sure they are entered for the appropriate UKMT maths challenge. The UKMT challenges run throughout the year pupils are tested individually: The Junior Maths Challenge is in April or May. A select group of Year 7 and all Year 8 pupils are entered for the Junior Maths Challenge. They do exceptionally well with roughly 80% of participants getting a gold, silver or bronze certificate. The highest achievers in this round are then invited to the either the Kangaroo or Olympiads. In total 26 boys were invited to the follow – on rounds this year.

Year 7 and 8 pupils who do particularly well in the Junior Maths Olympiad are invited to be part of an Olympiad Mentoring Scheme run by Leeds University with monthly questions being set and then discussed during lunchtime meetings.

There is also an annual UKMT Junior Team Challenge for a mixed team of Year 7, 8 and 9 pupils. There is a regional qualifying round (hosted by LRGS last year) followed by the National Final held in London. An LRGS team competes at the National Final most years. In 2005 we were national runners up.

How much homework will I get?
Year 7 and 8 pupils will get two pieces of homework a week.

In Year 10 and 11 we set pupils to study the new GCSE 9-1 course at a pace matched to their ability. All pupils are entered at Higher Tier level. We continue with the same structure from our 11+ curriculum to "Build-a-Mathematician" with a BAM booklet of formative assessments coupled with regular formative assessments through progress tests and end of year exams. The top set also study AQA's Level 2 Further Mathematics syllabus to gain a second qualification in Mathematics and prepare them for A-level.

We like to make sure they are entered for the appropriate UKMT maths challenge. The UKMT challenges run throughout the year and pupils are tested individually: The Intermediate Maths Challenge is normally in February. Pupils who do especially well nationally are invited to the Olympiad round.
Year 9 to 11 pupils who do particularly well in the Junior Maths Olympiad are invited to be part of an Olympiad Mentoring Scheme run by Leeds University with monthly questions being set and then discussed during lunchtime meetings.

Is there any coursework at GCSE?
In GCSE mathematics there is no coursework component.

Mathematical ability is a priceless asset - if you have it, make the most of it. Fortunately many students at LRGS follow this advice with around 200 studying for AS and A-level at any time. We offer a choice of either Mathematics or Further Mathematics with flexibility for Mechanics or Statistics modules to be studied.

We follow the Edexcel A-level syllabus. Mathematics students take three modules in the Lower Sixth and three in the Upper Sixth.
Further Maths students take six modules in the Lower Sixth – four in Pure Maths, two in Mechanics, to achieve an A-level in Maths and then a further six modules are taken in the Upper Sixth including two in Further Pure Maths. Any boy interested in Mathematics, Natural Science or Engineering at Oxbridge will have the option of studying three further mechanics modules which is excellent preparation for these courses.

The UKMT run an individual challenge - the Senior Maths Challenge (for Years 11, 12 and 13) which is normally in November. Pupils who do especially well nationally are invited to the next Olympiad round of each competition. These pupils are supported through an Olympiad Mentoring Scheme.