Modern Foreign Languages is one of the largest departments in the school.  We are based in a suite of classrooms, each of which is equipped with state of the art digital audio and visual equipment.

Students study French, Spanish and German languages in Year 7 on a carousel. In Year 8 pupils continue with two languages. At the end of Year 8 they can opt to continue with two or drop one in favour of Ancient Greek. After that they are all expected to take a language at GCSE. 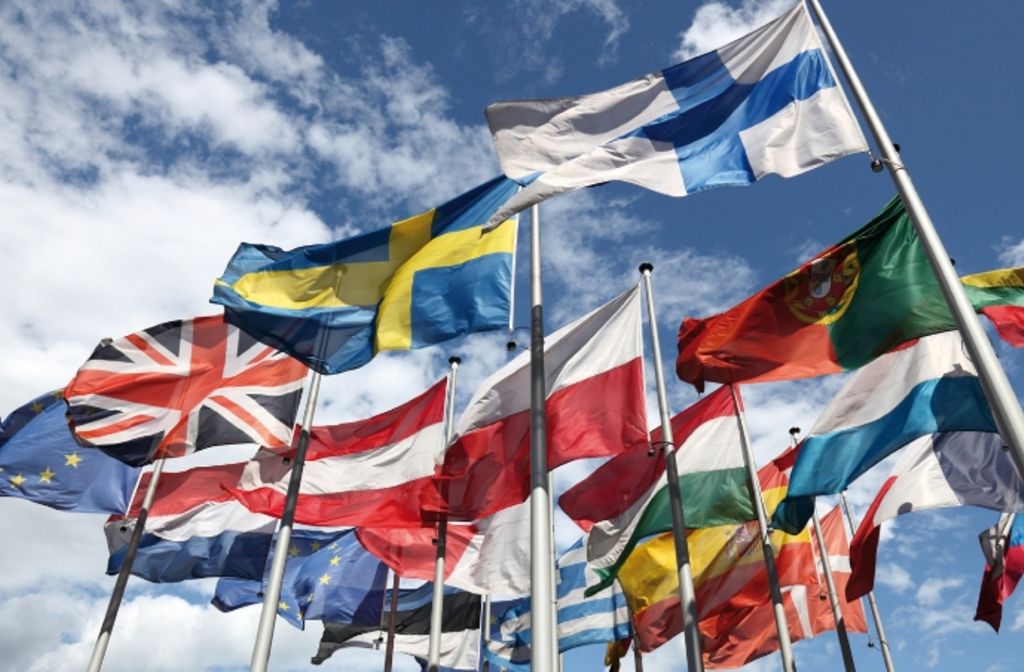 Compared with similar schools around the country, LRGS boasts a strong intake of students who pursue one or more modern languages in the Sixth Form. With over 80% of students attaining an A or B grade at A-level (and almost 90% A and B grades for French in 2014), results are very good. We currently have a number of former pupils studying one or more MFL at Oxford and Cambridge University .

Within school, we work in close collaboration with Lancaster University and the University of Cumbria.  We are dedicated to training PGCE students.

For the last three years we have received the Prince's Teaching Award for having a creative and challenging curriculum and are working on the Department Associate Scheme with them. We set ourselves annual targets to continue improving and developing the breadth of our curriculum.

At Key Stage 3, the curriculum is focussed on extending the pupils' cultural knowledge.  Our ethos is to encourage pupils to use the target language creatively and we routinely structure Schemes of Work and enter competitions with this aim in mind.

We have a French assistant and a native speaker teacher for Spanish.  This supports the students' cultural understanding, comprehension skills and pronunciation.

Aims of the department:

Pupils studying Modern Foreign Languages have the opportunity to go abroad on exchanges in France, Germany and Spain, where they live with host families for a week. The primary purpose is to improve language skills, but we see it as an opportunity for pupils on both sides to develop their social skills, both as hosts and guests, and to gain a greater understanding of and empathy with each other's culture

Nearly half of the Year 8 year group go on the annual Normandy trip and there is now a Key Stage 3 trip to Murcia.

Mr A Hall    Head of French
A graduate of the University of Bristol, Mr Hall teaches French, Spanish and German. He has a Masters from the University of Manchester in Teaching & Learning (MAtl) and, as Head of Department, co-ordinates the teaching of French throughout the School. At A-level, Mr Hall has a particular interest in 19th and 20th century literature and organises the Year 8 trip to Normandy. Mr Hall is also an RFU certified rugby coach and is involved with the U13 rugby team.

Miss S Haigh
A graduate of Lady Margaret Hall, Oxford, Miss Haigh teaches both French and German. She co-ordinates the teaching of French throughout the School. At A-level, Miss Haigh is our expert in 17th century literature and she also teaches French cinema with the Sixth Form. She works with the PTI delivering CPD training and is also Head of Sixth Form at LRGS.

Mrs L Lightbody
A graduate in French and Italian from Lancaster University, Mrs Lightbody teaches French at all levels. With many years of experience, Louise has also worked extensively in primary schools, teaching French and training primary teachers and is a trained secondary PGCE mentor. Louise is passionate about languages and uses a range of approaches, including song, music and drama. After living in Italy, she developed a lifelong love for Italian and now teaches it in the Sixth Form, along with a 'Life' course. Having trained in NLP, she enjoys the influence this has on her teaching and pastoral roles. Out of school, she swims, cycles, goes to the cinema and has recently discovered the joys of running!

Mrs J Marshall   Head of Spanish
A joint honours graduate of the University of Liverpool, Jemma Marshall joined LRGS in September 2011 and quickly set about introducing a Spanish Exchange and Year 9 trip to Barcelona in order to enhance the extra-curricular opportunities that we offer. She has also introduced new units of study into the Spanish curriculum which focus on cultural knowledge as well as linguistic knowledge to increase interest and enjoyment. As a teacher she enjoys incorporating practical activities such as cookery into her lessons and employs a wide range of different strategies. She has led twilight sessions at LRGS for her colleagues and for PGCE students at the University of Cumbria as part of our participation in the Prince's Teaching Institute's Associate Department Scheme, looking into ways in which MFL teaching strategies can benefit other subjects. Outside of the classroom she has worked with the Prince's Teaching Institute as a Teacher Leader for the New Teacher Subject days in Manchester, Birmingham and London as well as providing stand alone CPD days. From early 2018 she will be working with the PTI once again on their new Spanish e-courses.

Miss Patri Peñarrocha
A graduate in Spanish Studies from Lancaster University, Miss Peñarrocha teaches Spanish at all levels.  She is also a native teacher from Spain and is passionate about her subject and culture.  She enjoys running Spanish clubs where pupils can enjoy a range of activities which allow them to improve their language skills and explore the cultures of all Spanish speaking countries.

Mr S Young
Mr Young Teaches both French and German. He graduated from University of Wales Aberystwyth with BSc (Hons). Following studying he moved to the French Alps where he worked in logistics. Having worked throughout the French and Swiss Alps for nine years, he returned to the North West to complete a PGCE at University of Cumbria, Lancaster. Mr Young co-ordinates the Normandy trip, as well as carrying out boarding duties. When not running around getting lost with the LRGS orienteering club, he can generally be found climbing up crags in the Lakes.

Mrs L Coulthwaite After completing a BA Honours Degree in French, German and Spanish at Coventry University, Mrs Coulthwaite worked in the electricity industry in purchasing and then in research. After several years in these roles, she returned to St Peter’s College, Oxford University to complete a PGCE in MFL. She is a passionate linguist and enjoys using a variety of methods in her teaching, including technology, songs and creative activities. She has led the German Exchange in her previous school and enjoys greatly seeing the cultural , social and language experiences these provide. Outside the classroom, she enjoys cooking and baking.  She is an animal lover and enjoys walking and doing agility with her dog.

In Year 7 all students will take part in lessons in French, Spanish and German on a carousel timetable. Schemes of Work are designed around themed modules and to ensure that there isn't too much overlap of topics covered across the three languages in the first year. Learning tasks are normally a balance of interactive communicative activities with more traditional reading and writing tasks, all working towards an assessment at the end of the second round of the carousel. Grammar is usually taught within the context of the topic being studied.  KS3 Schemes of Work have recently been re-written to ensure a smoother transition from primary school and to maximise pupils' cultural knowledge.

In Year 8 students carry on two of the three languages offered. The Scheme of Work is designed to build upon the progress made in Year 7 and again contains a balance of interactive communicative activities with more traditional reading and writing tasks. Students are examined in listening, reading and written skills at the end of they year although there will be more informal assessments throughout the year.

Pupils can either continue with their two Modern Languages or drop one to pick up Ancient Greek.

In this pre-GCSE year, boys build on previous knowledge and skills as well as giving great emphasis on cultural knowledge. These modules provide pupils with a deeper cultural understanding whilst equipping them with the grammatical structures and vocabulary to succeed at GCSE. Students will take a speaking exam during the year with listening, reading and writing being examined at the end of the year.

There is a fortnightly MFL film club across different languages. In the summer, the department organises an outward bound residential to a château in Normandy for Year 8 students. As well as this there is a visit to Murcia, Spain for Year 9 and to Germany for Years 7 and 9. All trips have a focus on language immersion whilst taking part in a variety of activities.

In French, German and Spanish, students sit the examinations for the AQA specification. A language is compulsory at GCSE; however boys can choose any language from those they have already studied. They can't study Spanish or German if they dropped it at the end of Year 8, so they either carry on with one or  both of the languages they study in Year 9. Indeed, a good number continue with two languages.

All pupils are taught in mixed ability sets. Peer mentoring is also offered to assist students to reach their potential. Teaching is supported via the Active teach software on the VLE, allowing pupils to access an online, interactive text book. The GCSE is composed of four papers: listening, speaking, reading and writing which are each worth 25% of the final grade. There are three themes of the course;

In Year 10, boys have the opportunity to participate in our exchanges. We have established exchanges with the Herderschule in Rendsburg, two schools near Lyon, and a school in Logrono.

In French, German and Spanish, students sit the examinations for the AQA specification. Teaching is supported via Kerboodle, allowing pupils to access an online, interactive text book and students study two cultural topics and are expected to complete an Independent Research Project during the course. The A Level is composed of three papers: listening, reading and translation (Paper 1), writing (Paper 2) and speaking (Paper 3).

In the Sixth Form, there are a large number of travel opportunities. In addition, there are many possibilities for hosting and befriending international students visiting Lancaster. Within the department, from time to time, we organise speaking, reading and creative writing competitions. In terms of honing language skills, every student has a scheduled tutorial with our Foreign Language Assistant. There are also supplementary A-level workshops.

We encourage all pupils to enter the Linguistics Olympiad and invite former pupils and university contacts into school, to guide boys with their UCAS preparation.