Computer Science is being delivered at all of the Key Stages. The syllabus covers the areas of programming, algorithms, computer hardware, networks and software design. 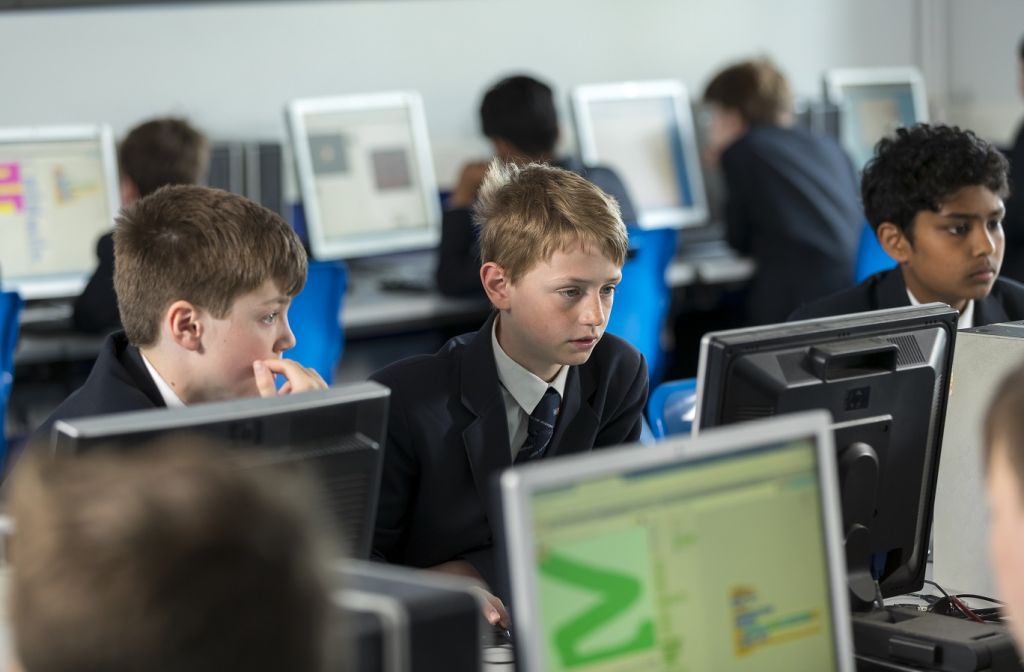 Pupils will be introduced to Computer Science and start programming in Python and working on algorithms in Snap. They will also start learning the basics of networking, binary and data storage and understanding the insides of the computer.

Sixth Formers choosing to study at A-level will follow the AQA syllabus.

There has never been a better time to go into Computing.  It is well known that there are not enough good Computer Scientists to fill jobs.  It is a rewarding and diverse career path.  Increasingly other areas of work and study are relying on people with Computer Science skills to develop their own subject areas.  The sciences and every type of engineering are obvious examples.  So even if you do not want to work in the field, it may still be the right choice for you.

What can Computer Science lead to?

Computer programmers are very much in demand. There is a huge growth in the development of apps. In this increasingly information intensive society, computer scientists are finding themselves in demand.

“I graduated from Cambridge this year and I just started work at Facebook, on the product security team. Each day I write software that protects over 1.5 billion people, and helps make the world more open and connected. I have no idea where Computer Science will take me, which for me is the most exciting thing about it!”
Former Sixth Form pupil.

Mr Hamilton    BSc Computer Science from the University of Manchester.  Graduate Trainee Program Teaching Qualification from Manchester Metropolitan University. Mr Hamilton is the Head of Department and spent the first part of his career in industry working for large multinational IT companies on various contracts.  He has taught in Salford, Kendal and most recently Lancaster Girls' Grammar School.  In his spare time Mr Hamilton enjoys canoeing, mountain biking and car building/restoration.