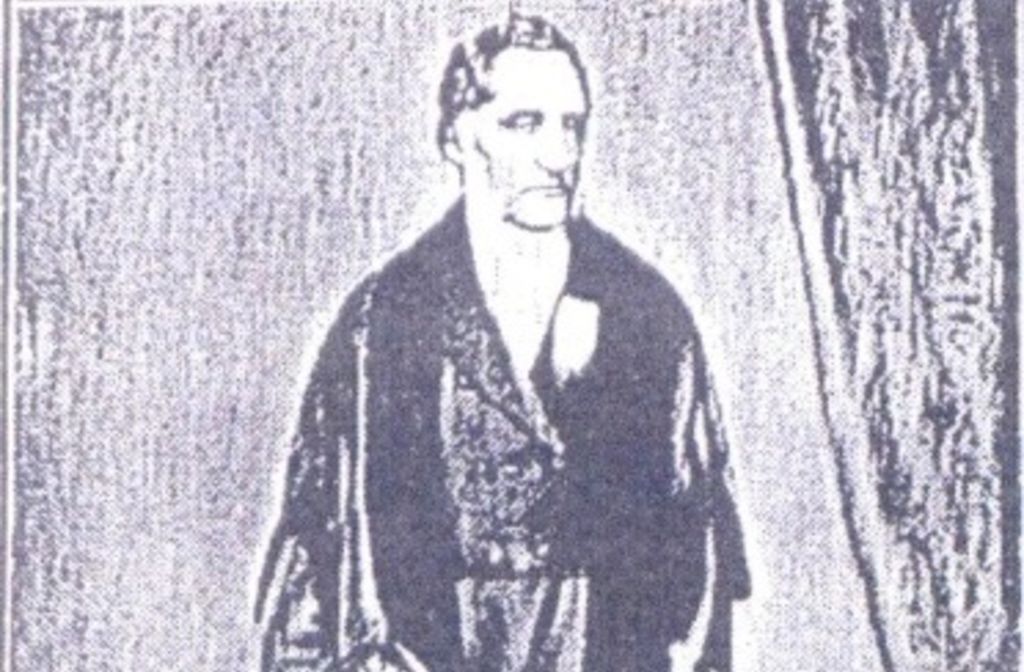 Henry Gregson was born in 1802 as the child of Samuel Gregson (1762-1846) and Bella Gregson. He had three brothers - Samuel, Bryan, and Matthew - and two sisters, Isabella and Ellen. His brother, Samuel, was also a prominent figure in Lancaster, having been an MP, the founder of the Christ Church and the town's Mayor twice. In 1837, Henry married Annie Kirkes, which connected him with the Dodsons and other Lancaster-based families.

Throughout Henry's life, he had many ventures. Henry attended LRGS between 1809 and 1816 before becoming a significant political, judicial, and charitable character in Lancaster. As a magistrate, he is widely remembered as being "patient, impartial, and merciful" (Lancaster Guardian). Overall, he had experience in business, manufacturing and trade, in law and politics, the military, and in local benefaction.

Henry passed away on the 2nd September 1885 at aged 82, and is buried with his wife at Brookhouse.

Henry was a magistrate, and later a judge, in profession. He attended the Quarter Sessions regularly for Lancashire. He became a member of the Board of Guardians, which was an authority made to administer Poor Law; a collection of laws focused on poverty relief. Henry is noted by the Lancaster Guardian for being very outspoken against unfair distribution of relief. To support the services of the Board of Guardians, he purchased a board room and union headquarters in Dalton Square. After being a town councillor in 1849-1853, Gregson was an alderman for Lancaster for two six year terms between 1853 and 1865, meaning he was a notable and high-ranking member of Lancaster's council.

Besides his work as a judge, Gregson received widespread gratititude for the many public responsibilities he took on during his time. He was made a Freeman for the city of Lancaster in 1818, only two years after leaving LRGS. He also played an important role in Lancaster's trade during its peak in the 19th century when elected Port Commissioner for two three-year long terms, firstly in 1842 and again in 1854.

Like his brother, Gregson was elected Mayor of Lancaster twice, firstly in 1851, and again in 1861. During his first time in office, Queen Victoria and Prince Albert paid a visit to Lancaster, which was a significant event for the Mayor as it had been 450 years since a reigning monarch had visited Lancaster. Moreover, Gregson was in charge of the Stamp Distribution in Lancaster for nearly twenty five years under the Inland Revenue. His career in Law also continued to flourish; as a Justice of the Peace for the Borough of Lancaster, he presented his law library to the Borough Court. Soon after, in 1866, he was placed on the Commission of the Peace for the county. During this time, he had become a member of the Charity Trustees, and was later elected its chairman in 1878. Gregon continued to branch out from Law, and was appointed a lieutenant in the Rifle Volunteer Corps in 1860.

Gregon expanded his career into the textile industry. Along with another solicitor named Thomas Mason, they built and started a silk mill on Ridge Lane. The firm they founded was named Gregson and Mason, but when Walter Hinde joined the company, it became known as Hinde and Co.

Gregson's career in Lancaster brought harmony and development to the city's landscape, governance, and judiciary. Moreover, his benefaction extended upon his work to relieve poverty in Lancaster and the county more broadly. After controversy surrounding the Mayor's salary prior to Gregson's assumption of office, Gregson immediately donated his year's salary of 100 guineas to the city. With the money, he purchased an illuminated town clock, which is still in use at the Old Town Hall, now known as the City Museum.

After Gregson's passing in 1885, the Gregson Institute was founded as a memorial for him. It is now known as the Gregson Arts and Community Centre, which is owned by the charity Gregson Community Associated Ltd. Originally, some funds for the memorial came from local wealthy figures, one of which being James Williamson, another LRGS Old Boy and local philanthropist.

The Christ Church in Lancaster, built by Henry's brother, Samuel, was established in 1855. It was founded as a chapel for LRGS and the local workhouse. Henry gave funds to help establish the church, which was designed by local architects Paley and Austin.